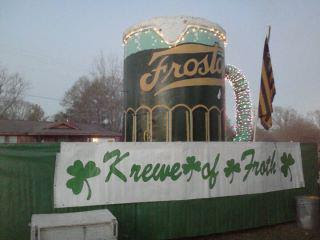 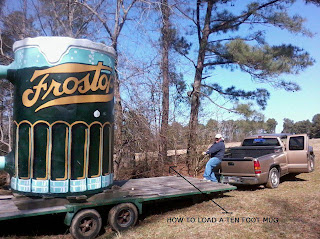 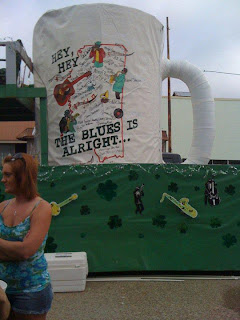 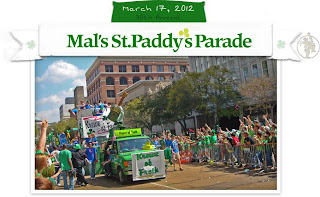 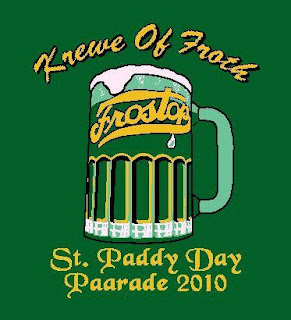 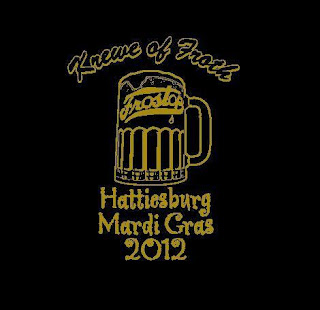 Posted by Terry Toler at 1:28 PM No comments: 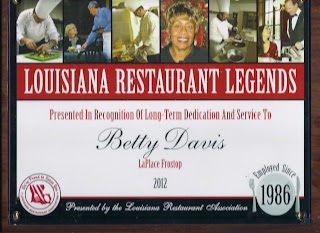 On January 27, 2012 Betty Davis became a Louisiana Restaurant Association Legend's Award recipient. The LRA recognizes the long-term dedication of employees who make up the backbone of our industry by presenting them with this award. To qualify an employee must be nominated by an LRA member, have worked at the member restaurant for at least 20 years, and personify exemplary service and dedication. 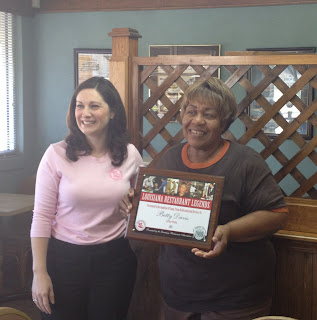 Betty Davis, more than qualifies! She has worked at the LaPlace Frostop for almost 26 years. She is a stellar example of service and dedication. Betty is not just an employee she is part of our LaPlace Frostop family! 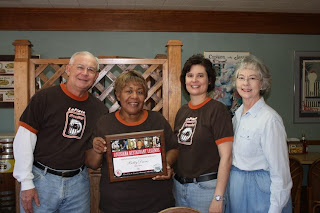 Jimmie Toler, Betty Davis, Terry Toler, & Evelyn Toler
Although Betty came to work with us in 1986, her first job in 1963 was here at the LaPlace Frostop for Wayne Kendrick. She would work here until 1966 when Wayne Kendrick moved to the Frostop on Government St. in Baton Rouge, LA. She helped him out for a few weeks in Baton Rouge! After leaving Frostop, she worked at several iconic LaPlace landmarks that are now long gone. LaPlace Coffee Shop, Tarpon Seafood & Steak House, and Airline Motors. She returned to the LaPlace Frostop on April 26, 1986 and has been with us ever since!
Betty isn't just a dedicated and hard worker she is in our opinion one of the BEST cooks in the River Parishes! Through the years Betty has been responsible for our homemade chili, bbq, and gravy. The dishes she is best known for are the Chicken & Andouille Gumbo, Red Beans & Rice, and the Catfish & Shrimp Supreme. Congratulations Betty! You have always been a legend to us - this just made it official!
Posted by Terry Toler at 8:04 AM No comments:

Pictures from Ted's Frostop. 2008 with the mug upside down in the parking lot due to Hurricane Katrina. 2012 with the mug back on its pole beautifully lit with neon and spinning again!

Posted by Terry Toler at 3:31 PM No comments:

Ted's Frostop Getting it Right 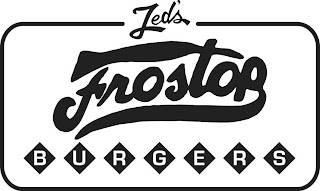 Ted's Frostop Logo
Ted's Frostop in New Orleans is undergoing some great changes lately. One of the few iconic Frostops left in the country, Ted's Frostop is getting a makeover.
First a little background on Frostop. It was started in 1926, by L.S. Harvey in Springfield, OH. Word spread about the success of the delicious creamy root beer and the stands spread across the country. During World War II, the expansion slowed due to shortages of building materials and equipment, as well as the flavors and sweetening agents necessary in the manufacture of Frostop root beer. After the war, under new aggressive ownership in the 1950's, Frostop experienced tremendous growth during the post war boom years of the drive-in era. The signature brown and yellow, neon lit stands, with their gigantic, revolving root beer mug on top, dotted the countryside and became a favorite place to rest and enjoy an icy cold frosted mug of Frostop root beer. 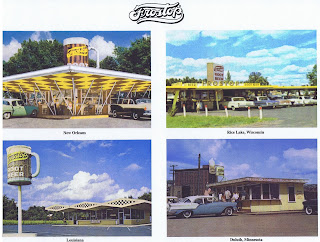 Frostops from the 1950's
It was during this expansion in the 1950's that Ted's Frostop opened in New Orleans. The Ted of Ted's Frostop - Ted Sternberg at one time operated more Frostops than any other single operator. The 1950's & 1960's were a great time for Frostop. However, by the 1970's many locations closed across the country and by the early 1980's the chain folded. At that time, all Frostops left became independent. During the 1980's Ted's had locations in the Jax Brewery and in the Elmwood food court in addition to the location on Calhoun St. By the 1990's, those additional locations would be closed. Ted's Frostop would become one of only 14 independent Frostops left across the country at the time that Hurricane Katrina hit in 2005. The storm would close Ted's Frostop until 2006 and change its iconic mug. The gigantic mug was toppled from its pole and ended up upside down in the parking lot. When the restaurant reopened it decided to leave it upside down and fix it up. The upside down mug became the locations trademark on menus and shirts. It was a reminder of what had happened and of the resilience of NOLA. The restaurant which by this time had been sold by Ted would be sold once again in the years following the storm. Then came 2011. 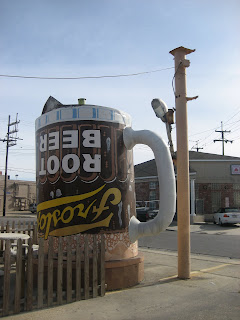 Mug Restored upside down 2008
In the fall of 2011, Pete Moss and a group of New Orleanians, decided to buy Ted's Frostop. They wanted to return Ted's Frostop to its glory days. In the months that have followed their purchase, the restaurant has undergone a renaissance. The dining room has been painted and pictures of other Frostops and memorabilia adorn the walls. They have revamped the menu now making the signature Lot-O-Burger with ground chuck. The all important original Frostop Root Beer is back and served in a frozen mug. And speaking of mugs, the mug that was knocked down for Katrina has been restored to the top of the pole. It once again spins and lights up the New Orleans sky with beautiful neon. 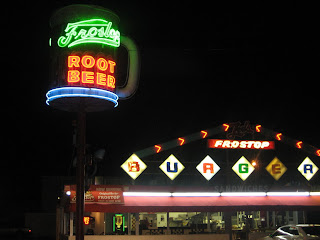 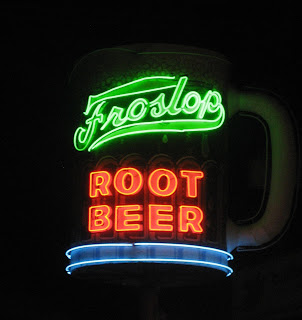 Ted's Frostop mug 2012
According to an article in Gambit, Pete Moss said a renaissance is happening at Ted's. Indeed this is exactly what is happening at Ted's Frostop. They are getting some well deserved attention for their efforts to bring the iconic drive-in back, with the article in Gambit and a segment on ABC 26. I see a bright, beautiful, neon lit future ahead for Ted's Frostop! A big Frostop thank you to Pete Moss and group for making this happen! The LaPlace Frostop raises a frozen mug of Frostop root beer to you for a job well done!
Posted by Terry Toler at 7:41 AM 1 comment: