Join us Saturday August 7, 2010 from 2-6pm for our 1st DJ Saturday! It will be an afternoon of great tunes, delicious food, and good times. Classic cars and motorcycles are welcome. We are hoping to make this a monthly event so spread the word and help to make the 1st DJ Saturday a success. Hope to see everyone at the LaPlace Frostop!

Posted by Terry Toler at 8:23 AM No comments: LaPlace Frostop Salsa Burger
Originally uploaded by FT1958
Try our our delicious new sandwich addition - the Salsa Burger! It is a Lot-O-Burger dressed with shredded cheddar cheese, mayonaise, picante sauce, lettuce, tomato, and jalapeno peppers. It is $3.35 on bun or toast and $5.65 on poboy. Stop by the LaPlace Frostop and try one out today!
Posted by Terry Toler at 10:44 AM No comments: 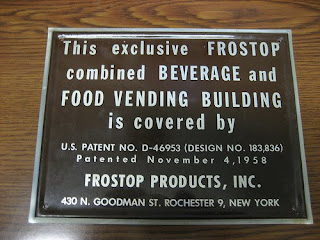 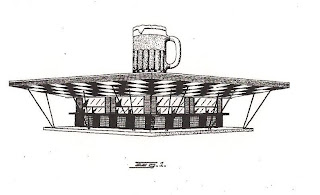 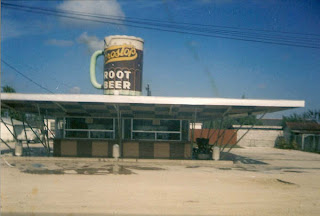 To see the actual patent click the link below:
www.google.com/patents?id=N8JzAAAAEBAJ&zoom=4&pg=PA1#v=onepage&q&f=false
Information for this article courtesy of:
Frostopics Vol.1 No.2 August 1963
http://www.frostop.com/
United States Patent Office
Posted by Terry Toler at 3:30 PM 1 comment: