Original Contract to build the LaPlace Frostop
Originally uploaded by FT1958
A great find going through old boxes at home! The original contract for my granfather Morris Terry to have our LaPlace Frostop built for $9500.
Posted by Terry Toler at 3:13 PM No comments: The LaPlace Frostop made its debut on national television on August 10, 2010. The TNT television show, Memphis Beat, gave us our shot at the "big time". We were shown in the last five minutes of the eighth episode titled "I Shall Not Be Moved". The scene starts out with a shot of the mug rotating in all its glory! 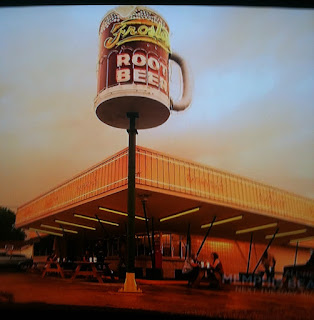 1st shot of the LaPlace Frostop on Memphis Beat
from the tv screen As the camera zooms in on the scene you see Dwight Hendricks, Jason Lee, walking over to join Lt. Rice, Alfre Woodard, at picnic tables in the front of the building. They are discussing the case they are working on. Dwight receives a phone call from Sutton confirming that there was no rain in Fayetteville, Arkansas in the month of December 1958. Dwight and Lt. Rice talk about the case a bit more before getting up to leave ending the scene. 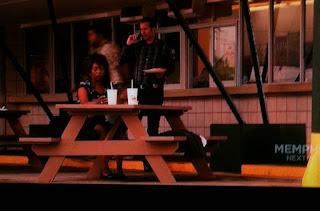 Dwight and Lt. Rice in the front of the building from the tv screen

The episode was filmed at the LaPlace Frostop the morning of July 6, 2010. Here are a few shots from the crew setting up to shoot the scene. 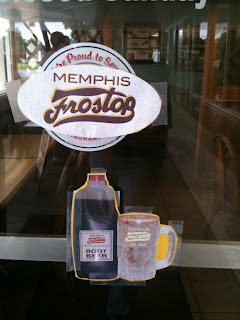 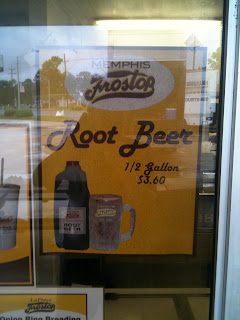 They changed us to the Memphis Frostop 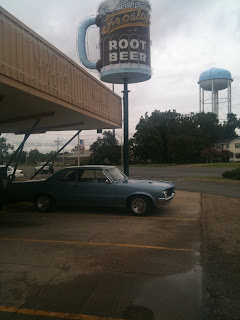 Dwight's Car Under the Mug 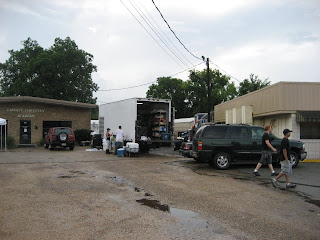 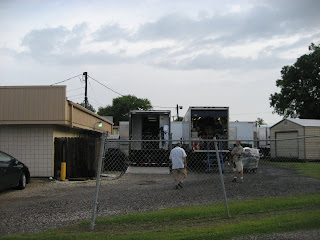 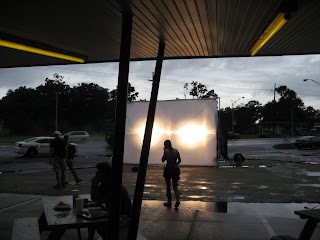 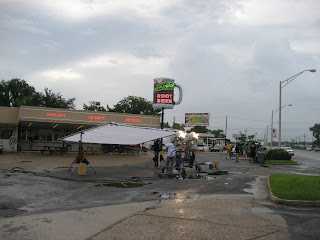 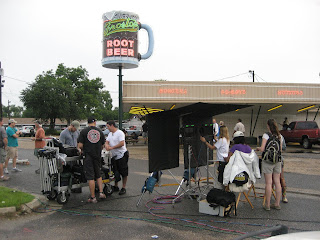 Various stages of the crew setting up 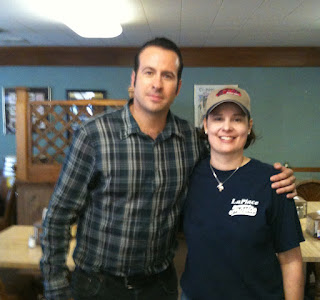 Jason Lee with LaPlace Frostop owner Terry Toler
The official Memphis Beat website:
http://www.tnt.tv/series/memphisbeat/
Memphis Beat's Facebook page:
http://www.facebook.com/MemphisBeatTNT?ref=ts
We would like to thank TNT and the crew and cast of Memphis Beat for choosing us to be in their great show.
Posted by Terry Toler at 8:20 AM No comments: 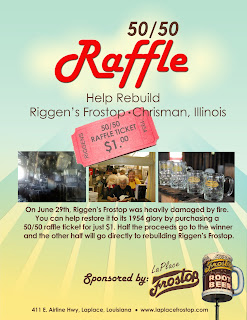 The LaPlace Frostop will be having a 50/50 raffle this weekend at its DJ Saturday, August 7th from 2-6pm, to benefit the rebuilding of the Riggen's Frostop of Chrisman, Illinois. The Riggen's Frostop has been a part of the Chrisman community since 1954. The building was severely damaged by fire on the morning of June 29th.
Article about the fire:
http://www.parisbeacon.com/articles/2010/07/30/news/doc4c52be5a3661d338129109.prt
To view a video about the fire click the link below:
http://weiu.net/index.php?option=com_hwdvideoshare&task=viewvideo&Itemid=32&video_id=671 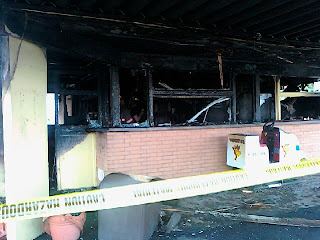 The damage was mainly confined to the inside of the building. They will not only need to rebuild the interior but replace all equipment. 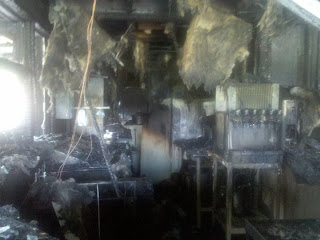 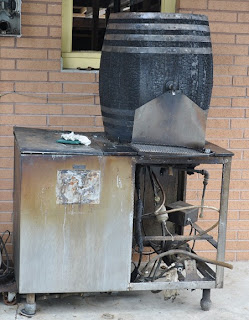 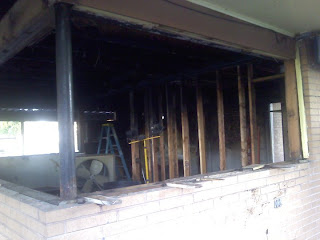 Building Gutted We are asking all of those that come out to our DJ Saturday to buy chances in the 50/50 raffle to help another community keep its Frostop tradition going strong!

To read our past blog article on the Riggen's Frostop click the link below:

Posted by Terry Toler at 2:10 PM No comments: