The following article details the Formosan termites that almost ate our LaPlace Frostop down in the summer of 1996!

At left, a worker displays a Formosan termite nest, which is bigger than a football, was found next to a roof beam in the Frostop Drive-In Restaurant this week. Thomas Rome Builders is rebuilding the roof and exterior after ripping out the damaged wood. The infestation is the only confirmed case in St. John the Baptist Parish.
The following article is taken from the June 28, 1996 Times-Picayune.
Dinner is Bug Dinner
By: Vicki Hyman
Formosan termites are eating in - in St. John the Baptist Parish.
The same pests that are threatening New Orlean's homes and treasured live oaks have been biting big chunks out of a LaPlace landmark, The Frostop Drive-In Restaurant, a fixture on East Airline Highway since 1958.
"They're hungry little buggers," said Larry Brock, St. John Cooperative Extension Agent.
Workers found a termite next bigger than a football next to the main wooden beam in the Frostop's ceiling this week.
"It's scaring the hell out of me to see what they're doing to our buildings," Frostop owner Jim Toler said.
Contractor Thomas Rome Jr. grabbed some splintered wood from the infested beam Wednesday and sifted it through his fingers like sand. "It was just shredded," he said.
Brock said the Frostop infestation is the only confirmed case of Formosan termites in the parish, but he added that homeowners could have come across them and handled the problem without notifying him.
Experts say Formosan termites, a subterranean termite native to East Asia, arrived in New Orleans after World War II as stowaways on military ships. The annual swarm lasts from May through June, with colonies averaging 2 million to 5 million termites.
In some New Orleans neighborhoods, as many as 95 percent of the live oaks are infested, and Formosan termites have infested the French Quarter and taken up residence in home around the city.
"Being that most of our buildings, as opposed to the French Quarter, are single dwellings is to our advantage," Brock said. And because subdivision regulations require builders to chemically treat properties before construction, it's less likely to find Formosan termites in newer homes.
Subterranean termites have been around "for eons," Brock said, but they are easier to control because they don't reproduce as quickly as Formosan termites and don't store moisture as efficiently.
And, Brock said, the Formosan termites aren't as picky about their food as subterranean termites.
And they found plenty of food at the Frostop.
By the time Toler had discovered the damage, it was too late - the termites had eaten away at the beam and walls. Now workers have to remove all the decking and reframe the roof.
Rome said they'll replace the wood with a metal roof.
Fortunately, the giant, tilted root beer mug adorned with neon has been spared. It remains on its perch above Airline Highway. The restaurant will be closed while the work is done and is expected to reopen next month.
To see the original article:
Page 1
http://www.flickr.com/photos/laplacefrostop/3672304398/in/set-72157602370030051/
Page 2
http://www.flickr.com/photos/laplacefrostop/3672304684/in/set-72157602370030051/
Posted by Terry Toler at 8:02 AM 3 comments:

Check out the website for the Frostop in Ashton, Idaho! http://www.frostopdrivein.com/

To see more of her great site: 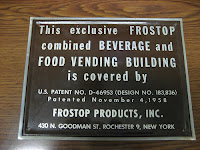 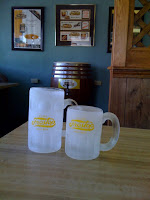 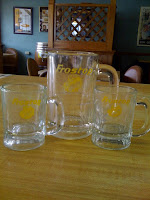 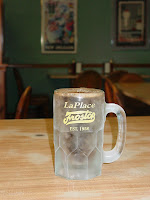 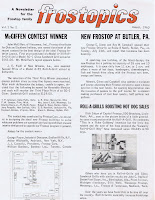 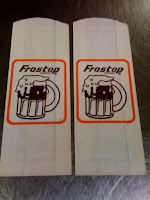 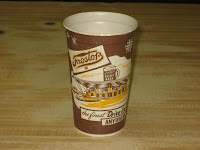 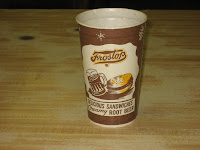 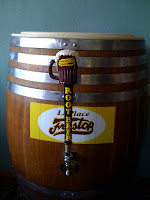 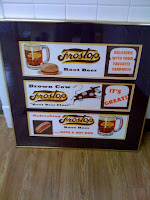